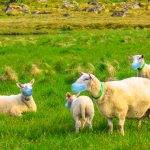 The “science of masks” has been a work in progress needless to say.  From the preeminent Dr Fauci’s early claims that “masks don’t work” to the U.S. Surgeon General Jerome Adams ordering Americans to “STOP BUYING MASKS!” in an all-caps message on Twitter claiming they are “NOT effective in preventing [the] general public from catching coronavirus” and would “deplete mask supplies for hospital workers”, the early message was not to wear them.  Then things changed dramatically to literally risking public admonition and even arrest if not wearing them in most public places — or YOUR OWN HOME if you were unfortunate enough to be living under the governance of Gavin Newsome in California.  They became a symbol of complicity and “doing your part.”  Most good citizens went along and wore them.

Now, however, a different picture is emerging — one of much more definitive science amongst a much more educated population.  For the healthy population masks outside are basically unnecessary and useless insofar as offering protection for the wearer or anyone around them.   Individuals walking or running in a fresh breeze, golfing or playing tennis, cycling, or sitting in a park are very likely harming themselves far more than contributing to a reduction in transmission of a virus that has >99% chance of survival in otherwise healthy people.  By now most informed people recognize that simply having a vitamin D level >45-50 ng/ml (easily checked at a primary care clinic) profers a level of protection rivaling the new vaccines.  Additionally, they are not very effective indoors either and are downright dangerous to the individual (especially children) if worn for extensive periods of time.  There is also damage to the environment as millions of non biodegradable plastic gets littered everywhere.   Let’s look at some recent data that looks at the now well-documented downside of chronic mask-wearing.

A team of researchers from New York University’s Grossman School of Medicine found that when lungs were repeatedly exposed to the microorganisms from your mouth – As routinely happens when people were masks for periods of time – advanced-stage lung cancer was more likely and linked with a worse prognosis and tumor progression.  The use of masks — that also serve as a culture dish for bacteria particularly when not washed or replaced daily — could accelerate the inhalation of oral microbes into your lungs, potentially affecting cancer risk.  To wit:

“In lung cancer, enrichment of the lower airway microbiota with oral commensals commonly occurs, and ex vivo models support that some of these bacteria can trigger host transcriptomic signatures associated with carcinogenesis. Here, we show that this lower airway dysbiotic signature was more prevalent in the stage IIIB–IV tumor–node–metastasis lung cancer group and is associated with poor prognosis, as shown by decreased survival among subjects with early-stage disease (I–IIIA) and worse tumor progression as measured by RECIST scores among subjects with stage IIIB–IV disease. In addition, this lower airway microbiota signature was associated with upregulation of the IL17, PI3K, MAPK, and ERK pathways in airway transcriptome, and we identified Veillonella parvula as the most abundant taxon driving this association. In a KP lung cancer model, lower airway dysbiosis with V. parvula led to decreased survival, increased tumor burden, IL17 inflammatory phenotype, and activation of checkpoint inhibitor markers.”

Though that may be a lot of scientific gibberish to most, it basically means that there may be profound risks from rebreathing all of those organisms you are supposed to be exhaling all day.  And this is just a sampling of emerging concerns. There are also volumes of evidence in the pediatric age groups that pretty much makes mask mandates for children — outside of rare circumstances — abusive and negligent:

In the field of pediatrics, special attention should also be paid to the mask symptoms described under psychological, psychiatric and sociological effects with possible triggering of panic attacks by CO2 rebreathing in the case of predisposition and also reinforcement of claustrophobic fears [77–79,167]. The mask-related disturbance of verbal [43,45,71] and non-verbal communication and, thus, of social interaction is particularly serious for children. Masks restrict social interaction and block positive perceptions (smiling and laughing) and emotional mimicry [42]. The proven mask-induced mild to moderate cognitive impairment with impaired thinking, decreased attention and dizziness [19,23,29,32,36,37,39–41,69], as well as the psychological and neuro-logical effects [135], should be additionally taken into account when masks are compulsoryat school and in the vicinity of both public and non-public transport, also regarding the possibility of an increased risk of accidents (see also occupational health side effects and hazards) [19,29,32,36,37].

So basically, there are now any number of different scientifically accepted papers and reviews that strongly encourage minimizing or eliminating mandates for long-term mask wearing particularly in outdoor environments and among children. Additionally, unless there is a very specific and demonstrable benefit, they should likely be worn on a voluntary basis only in most other environments.  As with the vaccine the principle of “informed consent” applies here as with any government or corporate mandate for a medical intervention. The public needs to be informed before they grant consent. This has not happened particularly given the often arbitrary executive orders from medical and political leadership.  In many jurisdictions the public has simply not been informed about these risks.  Kisielinski et al in the referenced paper above are emphatic (references from original paper cited above):

Wearing masks does not consistently cause clinical deviations from the norm of physiological parameters, but according to the scientific literature, a long-term pathological consequence with clinical relevance is to be expected owing to a longer-lasting effect with a subliminal impact and significant shift in the pathological direction. For changes that do not exceed normal values, but are persistently recurring, such as an increase in blood carbon dioxide [38,160], an increase in heart rate [55] or an increase in respiratory rate [56,57], which have been documented while wearing a mask [13,15,17,19,21–30,34,35](Figure 2), a long-term generation of high blood pressure [25,35], arteriosclerosis and coronary heart disease and of neurological diseases is scientifically obvious [38,55–57,160].  This pathogenetic damage principle with a chronic low-dose exposure with long-term effect, which leads to disease or disease-relevant conditions, has already been extensively studied and described in many areas of environmental medicine [38,46–54]. Extended mask-wearing would have the potential, according to the facts and correlations we have found, to cause a chronic sympathetic stress response induced by blood gas modification and controlled by brain centers. This in turn induces and triggers immune suppression and metabolic syndrome with cardiovascular and neurological diseases.

These authors after an exhaustive review have arrived at a specific syndrome associated with mask mandates (again references from original paper cited above):

Since the symptoms were described in combination in mask wearers and were not observed in isolation in the majority of cases, we refer to them as general Mask-Induced Exhaustion Syndrome (MIES) because of the consistent presentation in numerous papers from different disciplines. These include the following, predominantly statistically significantly (p < 0.05) proven pathophysiological changes and subjective complaints, which often occur in combination as described above (see also Section 3.1 to Section 3.11, Figures 2–4):

And finally, even if all of these downsides were to be accepted by informed consent, there most assuredly should be some benefit, no? Here is the real concern stated eloquently by these authors with more than adequate numbers of references:

It is simply time to admit that errors have been made, that masks more often than not are harmful, and that they very likely have not helped nearly as much as many other methods of prevention and treatment.  History will not look kindly on this.