Home » The vaccinated get sick….

The vaccinated get sick…. 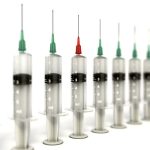 A few weeks ago a distinguished immunologist and vaccine expert, Dr. Geert Vanden Bossche from the Netherlands, expressed great concern about the wisdom of the current experimental vaccine campaign in the middle of an epidemic. His reasoning was that this could result in any number of different unintended immunologic consequences that could prove far more serious than the infection itself. One of the primary concerns was that of the so-called “antibody dependent enhancement” or ADE. This is a phenomenon noted in the past with a number of different viral infections, but here it could occur in the vaccinated.  On a mass scale, if it occurs, this could prove to be disastrous.  But there’s more to be worried about.

Vanden Bossche fears that giving the vaccine on this scale in the middle of a pandemic when the virus is extraordinarily prevalent in populations also gives the virus a grand opportunity to learn and mutate into very difficult forms.  As described by another health expert, Rob Verkerk PhD:

It suggests that different virus strains have found the same way of outsmarting the highly specific vaccine and in the process, these new virus strains are becoming more transmissible including among younger people. That creates ever greater opportunities for mutation. The show goes on. And potentially never stops. Especially if you keep interspersing your strategy with lockdowns and related measures.

But don’t trust me on this — I’m just an ecologist. Some of the most thorough work in this area is being conducted by Paul Bieniasz’s group at the Rockefeller University, the same university with which Knut Wittkowski (see our separate interview) was associated for many years. The group has shown clearly that new mutant variants such as E484K and Q493R are resistant to antibodies produced by the original Wuhan strain on which the existing clutch of vaccines were based.

Basically, alarm bells are going off that it has been perhaps a huge mistake to show the virus that is this ubiquitous your hand early in the poker game.  This is particularly troublesome given the fact that any number of different simple public health measures could have significantly mitigated the morbidity and mortality if coordinated and initiated…and would have been thousands of times less expensive and likely would have required far less government intervention. And  therein likely is the answer to the grand mystery. Why were none of these things done? Why did we not have a simple public health, communitywide vitamin D initiative?  The vast majority of the public including physicians have no idea how important selenium related nutrition is with respect to viral resilience. Where has that been? The answer likely resides in the simple principles of power and profitability.

At the same time we are seeing the breathtaking damage that has resulted from the lockdowns to small businesses, economies, and children particularly with respect to education. Of course, not everyone has been hurt as very large corporations are making historically large profits and have directly benefited from lockdown policies possibly because they actually had a hand in making them. A detailed discussion and rational criticism of why lockdowns don’t work and why they have been contrived with no science to support them is here from Dr. Knut Wittkowski, a respected German epidemiologist.  This is long but done yesterday March 31 and quite worthwhile.

I will wager that some of the new “variants” will be responsible for reoccurring CV 19 infections in vaccinated people and may very well create as much or more morbidity as the original wave did in March 2020. One can only hope that some of the lessons learned regarding simple measures promoting community resilience might be applied in an organized fashion. It is now almost one year since we wrote about “resilience”, and now everyone seems to be on the bandwagon – the Institute for Functional Medicine, the Academy of Integrative and Holistic Medicine, and many more. Where were these people when alternatives to influenza vaccine campaigns were needed? Resilience factors have been known going back to SARS 1 and MERS. Even before with the knowledge that selenium deficiency greatly enhances the virulence and morbidity of Coxsackie virus. Many have talked about the immunologic magic of healthy vitamin C nutrition as humans are among the few mammals that don’t make it and therefore require it in their nutrition. The reason again for this apparent absence of wisdom is that it simply hasn’t been very profitable.

So, if you do not want to participate in a human experiment without informed consent, make sure that you understand all the various ways in which you can create personal resilience regardless of age. Diet, lifestyle, critical micronutrients, ivermectin and carrageenan as potential preventives for high-risk environments, and ivermectin/hydroxychloroquine/azithromycin for incipient illness in its early stages with added budesonide to the lungs be affected.  The pressure is on primary care physicians to get up to speed.