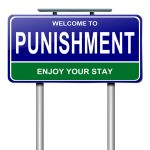 In a breaking story that is actually one that has been playing out over the last year or two, yet another insurance company or third-party payer has now settled for an undisclosed amount.  A settlement was achieved between Cigna and the plaintiffs in response to a lawsuit filed against them and the Infectious Disease Society of America.   A number of Lyme disease victims had accused them of collusion in denying appropriate diagnostic and therapeutic medical care.  Recently, Blue Cross Blue Shield of Texas and Kaiser Permanente also reached confidential settlements.  It would be nice to be able to access the details of these cases, but of course, because of the settlement, they will remain secret. One can only imagine some of the facts that were disclosed. This basically guarantees that there will never be a jury trial. Nonetheless, the public needs to know that behind the scenes powerful Big Box players in healthcare – both those providing the care and their colluding partners – the ones taking your money and paying for the care – have been engaged in a conspiratorial effort to deny the existence of a disease and the appropriate treatment of it. The secrecy speaks for itself.

Constantly emerging data has made the “standard of care” established in the 1990s and later repeatedly codified by the IDSA and their third-party payer partners remarkably outdated. A new treatment for Lyme disease and its complexities including the co-infections of Bartonella and babesia is the decades-old drug, disulfiram. The Lyme community and researchers have been ahead of this story for the last 24 months, but it has yet to appear in any conversation regarding “the standard of care” by the infectious disease community.  New testing that is making the old two-stage antibody screening and Western blot obsolete is also not part of the discussion.  There are likely hundreds of thousands of individuals infected with one or more of these organisms that are being treated for “fibromyalgia”, numerous mental health disorders (and entire clinic at Columbia University is committed to the diagnosis and treatment of mental health disorders caused by arthropod borne infections), headaches, chronic fatigue, parkinsonism, and other outdated diagnostic descriptions who are actually infected. The patient community is finally taking it upon themselves to find a better way, and they are doing so both medically and legally.