The coming age of energy medicine… 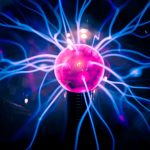 In the late 1990s returning astronauts from the International Space Station tended to be quite deconditioned, and many were depressed, had sleep disorders and fibromyalgia, and exhibited other symptoms of chronic ill defined illness that required months of recovery.  For a while it was thought that the weightless environment was responsible, but quickly it became apparent that there was a lack of key elements of light and electromagnetic energy similar to that which we all experience living here on terra firma.  We are indeed energetic beings, and when certain types (frequencies) of energy are gone, our biology becomes chaotic and dysfunctional — curiously resembling a lot of the chronic illness for which our wonderful pharmacopia is ill-suited.  In fact profound changes occur in immune function that reactivate latent viruses like EBV, CMV, and other bugs thought to be associated with mysterious illnesses like chronic fatigue and fibromyalgia.  Could it be that these illnesses are more a result of weakening or inadequate exposure to healthy electromagnetic energy than they are of the viruses themselves?

Also, interestingly, brains seem to be affected as well with returning space station cadets experiencing  conditions curiously similar to the “brain fog” and dysequilibrium described by individuals who have had Lyme disease, PTSD, and multiple concussions.  Processing speed as well as autonomic functions are affected and perhaps not all due to the weightless environment with disruption of circadian rhythms.  This was thought to be a result of prolonged periods of time in a weightless environment. But, weightlessness was only part of the problem. The absence of certain frequencies of light energy – particularly near-infrared – as well as being outside of a stronger electromagnetic field seemingly necessary for healthy human biology appears to be more likely as a cause. Providing those things accelerated recovery. Pulsed electromagnetic fields or PEMF similar to that to which we are exposed when getting an MRI seems to be extraordinarily helpful in any number of conditions whether they be inflammatory, infectious, or mysterious. This type of energy provision has moved ahead in many medical communities outside of the United States. In Germany, for example, you will very likely be resting on a PEMF pad while recovering in the intensive care unit. Apparently, you are less likely to spend as much time in the intensive care unit while receiving such treatment. Brain injuries and even cancer treatments appear to be much more successfully remediated when receiving certain types of electromagnetic therapy. The science is young, but it is coming to a clinic near you soon. Interestingly, a lot of these therapies can be administered by patients in the home setting by simply purchasing their own device. That’s where things get interesting. Many devices do not provide all the same frequencies, intensity, etc. Some of them are being sold for large sums of money through aggressive marketing campaigns. This will eventually all sorted out, but for now, stay tuned.