Home » Injuries and reactions to vaccines…

Injuries and reactions to vaccines…

When asked, most physicians and other healthcare providers will tell patients and families that vaccines are completely safe, reactions are rare, and when they do occur, they are minor. But is this the truth? Here, a report is highlighted that demonstrates otherwise and is well documented. When the incidence of autism is now ~ 1 out of every 37 male births in America, someone needs to be asking some questions as to why. The relationship between neurodevelopmental issues and vaccines would appear to be — minimally — worth some rigorous research.  But the level of denial – rising to the point that even bringing it up in polite company  risks banishment socially, politically, and academically – has gotten to the point where someone needs to have the courage to speak up. 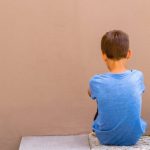 Recently there was a pertussis outbreak in Houston that literally closed down an entire school. But the inconvenient fact was that 100% of the students were actually vaccinated. So what does this say about a vaccine that has been proven to have a significant complication rate when it has also failed to work the way it is supposed to work? If this were a drug that even had a 2% incidence of major side effects and had this level of efficacy, the FDA would pull it from the market immediately. So again, someone has to ask “What is going on?” without being chastised, censured, or banished.