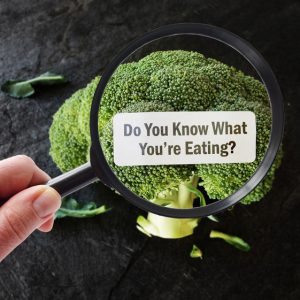 In a highly visible case in which a gentleman with terminal cancer sued Monsanto for willful negligence in promoting the use of a chemical that they knew caused his type of cancer, there may be a new set of rules now for what is and is not considered “organic” and safe in terms of the modern food chain and diet.

“The jury ordered that Roundup manufacturer Monsanto pay Lee Johnson, who is suffering from terminal non-Hodgkin’s lymphoma, nearly $290 million in damages. The breakdown was $819,882 for loss of past earnings; $1,403,327 in future earnings; $4 million in past non-economic losses and $33 million in future non-economic losses…When it came to punitive damages, the jury awarded Johnson $250 million of the $373 million he had sought.” — CBS News affiliate KPIX SF

It is likely that almost every single item of fresh produce, grain, and even packaged fruits or vegetables not labeled organic have been raised at some point in their production with Roundup.  After many years of denying and even suppressing scientific evidence, this may be the DDT decision of modern times.  As a result of discovery during this case, a new paper has been published called the Monsanto Papers that discloses just how nefarious the company has been in suppressing evidence.  This may actually be the bigger story:

“The crucial components of the third-party strategy include ghostwriting, the creation of decoy research, marketing spin and public relations campaigns designed
to discredit and intimidate critics.”

As we have seen in politics, the cover-up here is going to wind up being a bigger story than the original crime.