“Cancer will be cured by a test”… 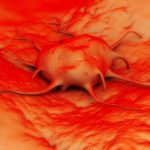 …so said Dr James Morre to me in 2013 when I stumbled across his publication of testing methodology in 2013.  I simply dialed him up to see if this were actually true.  Not only had he gained approval for the test by CLIA (the federal agency that approves laboratory testing) but he was willing to send us testing kits.  He and his team — including his PhD spouse, Dorothy —  had developed a test to detect cancer months or years before it was detectable by standard methods.  The engine that drove him and his team was an idea that cancer could be “cured” — over and over again — if it were detected in the very early stages long before it had achieved its often fatal entrenchment with multiple sites of growth known as metastases.   My wife and I actually had the chance to meet them all in 2015 at his research facility.  At the time he kiddingly said that it was sort of like fighting Mike Tyson but when he was 2 years old…a better chance of leaving the ring alive.  Minnesota Natural Medicine is now offering the Galleri test, a test accredited by the College of American Pathologists (CAP)  and approved by CLIA, the federal testing agency for clinical lab tests.  It offers a laboratory measurement that could be the frontier of managing cancer so early that complex and toxic treatments might not be necessary for eradication.

Now, a test is offered that does exactly as he had envisioned:  draw some blood and find out 10 days later whether one has cancer in an early stage — perhaps, and even likely, too small to image or biopsy.  But not too small to treat with a drug or a botanical that might get rid of it.  There are in fact many such substances that are either repurposed pharmaceuticals or nutraceuticals/botanical extracts that do exactly that when treating cancer cells on sub-anatomic scales.  The Galleri test is recommended for use in adults with an elevated risk for cancer, such as those aged 50 or older.  However, it could theoretically be applied to any age group based on risk and propriety.  The Galleri test is intended to be used in addition to, and not replace, other cancer screening tests otherwise recommended by the current standards of care.

Here is where it gets interesting.  What happens if one does this test, it says you have breast cancer, a mammogram (or digital mammogram or even and MRI) is done and nothing shows?  Do you just “check it out again in 6 mos until it gets big enough to see and carve out?”  Perhaps not anymore.

Minnesota Natural Medicine has been doing these tests — thanks to Dr Morre’s efforts to allow us to use his test — since 2013.  We found that roughly 1 out of 4 tests were positive but very few tests showed any visible evidence of an anatomical abnormality after the appropriate scans, imaging, endoscopy, etc.   The visible tests, of course were referred to an oncologist for treatment of what almost always was a stage 1 cancer with a high rate of success in management.  But what if there were no visible evidence of cancer?  Could anything be done?  With the guidance of pioneers like Dr Morre and Will Lavalley MD Minnesota Natural Medicine developed unique approaches to treatment utilizing substances such as green tea extract, low dose naltrexone, berberine, and nutritional optimization to subsequently yield a negative test.  In this situation — without a visible lesion — no biopsy or histologic validation of cancer can be obtained.  Hence, no chemotherapy, surgery, or radiation can be indicated.  Someday, and hopefully soon, agents targeting cancer cells can be approved for this very situation:  treating a future malignancy that  is discovered or “uncovered” long before it becomes symptomatic or visible and literally cured with minimal chemotherapy or any other kind of invasiveness.  The savings will likely be in the trillions of dollars at some point, and thousands of patient years of suffering through endless tests, scans, biopsies, repeat cycles of chemo, and surgery will be a thing of the past.

But we are not there yet, and this kind of early detection is indeed a breakthrough.  Managing the “invisible” malignancies when they are in their nascent forms will become the major challenge both in terms of identifying risk factors and in treating that tiny growth.  In fact, eventually and hopefully oncology will become a microscopic science and not something discovered on a CT scan.