Home » 2 Declarations from America and Europe…

2 Declarations from America and Europe… 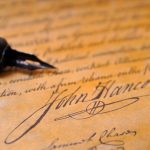 It seems as if conscientious physicians and scientists in Europe and America have simultaneously come to the same conclusion:  It is time to stop the lockdowns, take a careful look at the damage that will continue if they remain, and re-examine some of the rules regarding personal protection equipment such as requiring masks in all but very rare and personal circumstances. In the United States it comes in the form of the Great Barrington Declaration.  In Europe it comes in the form of Docs 4 Open Debate.   And both now have signatories in the 10s of thousands including department heads from Stanford and Harvard (update).  Here are some of the more critical and salient excerpts from both:

Adopting measures to protect the vulnerable should be the central aim of public health responses to COVID-19. By way of example, nursing homes should use staff with acquired immunity and perform frequent PCR testing of other staff and all visitors. Staff rotation should be minimized. Retired people living at home should have groceries and other essentials delivered to their home. When possible, they should meet family members outside rather than inside. A comprehensive and detailed list of measures, including approaches to multi-generational households, can be implemented, and is well within the scope and capability of public health professionals.

Those who are not vulnerable should immediately be allowed to resume life as normal. Simple hygiene measures, such as hand washing and staying home when sick should be practiced by everyone to reduce the herd immunity threshold. Schools and universities should be open for in-person teaching. Extracurricular activities, such as sports, should be resumed. Young low-risk adults should work normally, rather than from home. Restaurants and other businesses should open. Arts, music, sport and other cultural activities should resume. People who are more at risk may participate if they wish, while society as a whole enjoys the protection conferred upon the vulnerable by those who have built up herd immunity.

The European physicians have an even more detailed take on this including the very likely overestimation of Covid 19 deaths by central authorities as well as the inappropriate application of masking rules.  References are supplied throughout.  This can hardly be considered “disinformation” by any definition:

Mortality turned out to be many times lower than expected and close to that of a normal seasonal flu (0.1-0.5%). 20  The number of registered corona deaths therefore still seems to be overestimated.  There is a difference between death by corona and death with corona. Humans are often carriers of multiple viruses and potentially pathogenic bacteria at the same time. Taking into account the fact that most people who developed serious symptoms suffered from additional pathology, one cannot simply conclude that the corona-infection was the cause of death. This was mostly not taken into account in the statistics.

The most vulnerable groups can be clearly identified. The vast majority of deceased patients were 80 years of age or older. The majority (70%) of the deceased, younger than 70 years, had an underlying disorder, such as cardiovascular suffering, diabetes mellitus, chronic lung disease or obesity. The vast majority of infected persons (>98%) did not or hardly became ill or recovered spontaneously.

Meanwhile, there is an affordable, safe and efficient therapy available for those who do show severe symptoms of disease in the form of HCQ (hydroxychloroquine), zinc and azithromycin. Rapidly applied this therapy leads to recovery and often prevents hospitalisation. Hardly anyone has to die now.

The definitive evidence comes from the epidemiological follow-up in Switzerland: mortality rates compared with and without this therapy.23

Oral masks belong in contexts where contacts with proven at-risk groups or people with upper respiratory complaints take place, and in a medical context/hospital-retirement home setting. They reduce the risk of droplet infection by sneezing or coughing. Oral masks in healthy individuals are ineffective against the spread of viral infections. 29 30 31

Wearing a mask is not without side effects. 32 33 Oxygen deficiency (headache, nausea, fatigue, loss of concentration) occurs fairly quickly, an effect similar to altitude sickness. Every day we now see patients complaining of headaches, sinus problems, respiratory problems and hyperventilation due to wearing masks. In addition, the accumulated CO2 leads to a toxic acidification of the organism which affects our immunity. Some experts even warn of an increased transmission of the virus in case of inappropriate use of the mask.34

Our Labour Code (Codex 6) refers to a CO2 content (ventilation in workplaces) of 900 ppm, maximum 1200 ppm in special circumstances. After wearing a mask for one minute, this toxic limit is considerably exceeded to values that are three to four times higher than these maximum values. Anyone who wears a mask is therefore in an extreme poorly ventilated room. 35

Inappropriate use of masks without a comprehensive medical cardio-pulmonary test file is therefore not recommended by recognised safety specialists for workers.
Hospitals have a sterile environment in their operating rooms where staff wear masks and there is precise regulation of humidity / temperature with appropriately monitored oxygen flow to compensate for this, thus meeting strict safety standards. 36

It is extraordinary that these 2 declarations by professionals have been completely ignored by mainstream media outlets, broadcast media, and most online publications. The only explanation would seem to be that this is political far more than it is scientific. Although that is speculative, and only my opinion, it appears likely.